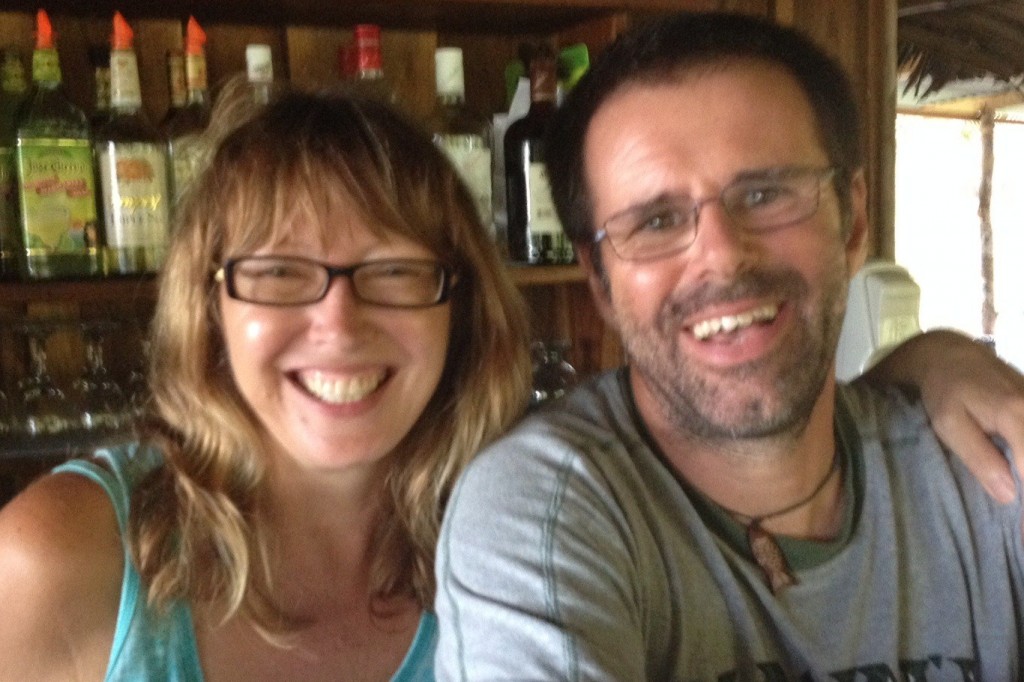 From Peckham to Panama

Stepping into a new life

I’ve always embraced change and I love a bit of a challenge, especially if travel is involved. But this was a change I certainly did not see heading my way as it rose on the horizon, swallowed me up and transported me 5,396 miles across the North Atlantic Ocean!

I hadn’t long adjusted to my new life living between my weekend home in South Wales and my weekday house-share in Peckham, South London. I was just settling into a great new job at a trendy design company on the Southbank and looking forward to establishing a new lifestyle in cosmopolitan London. It had changed so much since I had lived there as a child and I fully expected it to be my home for the foreseeable future. This assumption proved to be very wrong!

I met Ian Usher after my house mate Kim offered him our attic room for a couple of nights as he passed through London on his return to Panama. She sent me a text message over the weekend to warn me that there would be “a man in the house” when I returned and not to be alarmed. She also sent me a link to some online information, adding that “Ian has an interesting story – take a look”.

Take a look I did and I discovered that he had become “infamous” between 2008 and 2010 for selling his life on eBay after the breakdown of his marriage, and had then embarked on “100 goals in 100 weeks”. He was now living on a small island in Panama that he had bought with the proceeds of selling his story to Walt Disney Pictures and had, it appeared “found love” once again.

I was slightly overwhelmed by the amount of media coverage (that I had somehow managed to miss at the time) and decided that Mr Ian Usher may have a slightly inflated ego! I made up my mind to take an extra day of holiday, leaving Kim to catch up with her friend unhindered.

However, she soon sent another text to say that both a friend and Ian were going to accompany her to a concert and why didn’t I join them so that Ian didn’t have to sit by himself.

That sealed it for me. I had long wanted to see this American band after watching them perform on an epic edition of “Live from Abbey Road” with The Script and Def Leppard a few years back.

Little did I know that this unplanned meeting was going to be the start of a life changing event and the beginning of a new adventure living in Panama, Central America.

Contrary to my earlier poor judgement, Ian was extremely interesting, engaging and considerate and I instantly enjoyed his company. Although we didn’t get to talk much at the concert we did chat until the small hours of the morning back in Kim’s kitchen long after she (unusually) retired to bed. We had a lot in common it seemed and when I finally retreated to my room, we swapped emails with the promise of staying in touch. This was accompanied by an offer from a slightly inebriated Ian to, “come visit if you get the chance, before I sell the island”.  But, I wasn’t really sure it was a serious invitation after so much wine!

Ian set off to catch a plane early the next morning and I had plenty to occupy me over the coming weeks. But we did stay in touch and were soon emailing each other regularly, until I decided that, yes I would take a trip to Panama to explore further the connection that appeared to be developing between us. Ian had some relationship issues of his own to work through, but when this was resolved I went ahead and booked the flight.

I left London for San Jose, Costa Rica to meet up with Ian for a two week holiday. We enjoyed a couple of days in this vibrant capital city before travelling back to his small off-grid island in Bocas del Toro. I loved this laid back archipelago that was still pretty untouched by mass tourism and quickly adapted to the tropical environment and remote lifestyle.

Ian and I realised quickly that we were good together, and it became clear that I would need to make some drastic changes to my life if I wanted to pursue this flourishing relationship. After a couple of fairly intense and slightly surreal discussions, I made the decision to stay on in Panama. What the heck – if it didn’t work out I could always return to London at a later date. Career plans could be put on hold or adjusted – my own happiness was and is much more important to me. Ian was happy with my choice and I set about making the necessary arrangements.

Like Ian I believe that we only have one life and it needs to be lived fully and without compromise. A few practical challenges would need to be overcome and I was sad that it would be a while before I saw friends and family again. However, I was excited to be acting spontaneously and looking forward to a life with Ian in an environment with new challenges, a new community and new adventures.

And so here I still am a year later and I would encourage anyone who wants to make a drastic change to their life to seriously consider taking that jump. Fear lives in the imagination – the reality of taking action is often very different and much easier. Certainly weigh up the pros and cons, but don’t live your life wishing you’d lived it a different way. One day you will wake up and find it is too late.

Go on – take the first step to living the life of your own dreams!