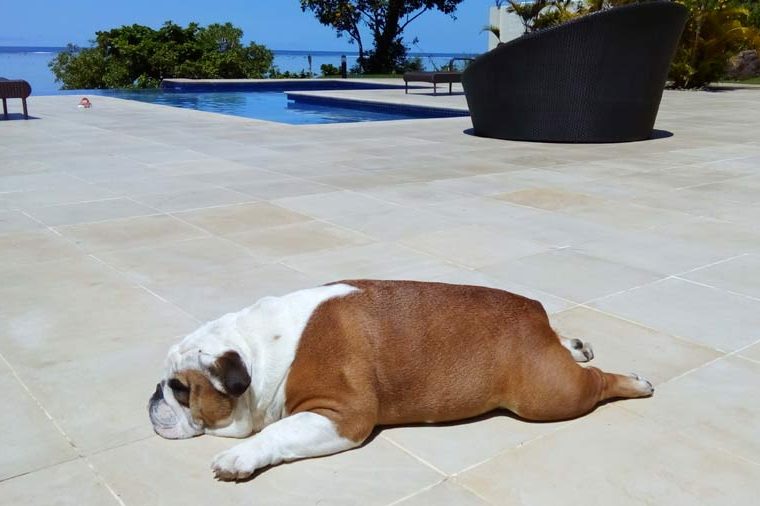 Making connections: “It’s not what you know…”

You probably know the phrase, “It’s not what you know, it’s who you know.” In house sitting this is often the case.

It’s important to register with some of the main house sitting websites, especially when starting out on your house sitting adventures. However, this probably isn’t the only way you will find great house sitting assignments. Networking and word-of-mouth will also produce interesting possibilities as you expand your horizons.

Sometimes the best opportunities come via the most unusual set of random connections, and you never know where these contacts might lead you in the future.

Our current house sit is a great example of this. It was never advertised as we were contacted directly by the people managing the property. They wanted to know if we would be interested in overseeing a luxury holiday resort in Fiji for a month during the off-season, so they could go on holiday. They also had two dogs that would need caring for too.

So how did we secure this amazing house sitting assignment?

As we flew from Australia to Fiji I thought about the chain of events that had led to our connection with Sue and Lloyd, the managers of Serenity Point.

In 2012 I was living on a little island in the Caribbean, just off the coast of Panama. I was planning three months away over the summer in Canada, and needed a house sitter, so I sent out an email to friends and contacts. “Who wanted to live on a tropical island for three months?”

None of the people I contacted directly could actually take me up on the offer, as they were tied down by work and other commitments.

However, my friend Ryan in Australia eventually put me in touch with Cameron, another Aussie who had time on his hands. A couple of months later Cameron arrived in Panama to take over as I headed north.

I returned three months later to find that Cameron had integrated well into the local ex-pat community and had developed a big group of friends. One of those friends was Sam. She was house sitting my neighbours’ house, and when Cameron departed Sam and I became friends.

By the time my neighbours returned Sam had managed to secure another house sit, looking after a beachfront resort which was closed for a couple of months. The owners of the resort were taking some time off for a well-earned break, and Sam had to meet them to finalize arrangements.

As we were both heading to town on the same day Sam and I shared fuel costs by boat-sharing, and when Sam went to meet the resort owners I said a quick hello, before settling down to wait for Sam to finish her meeting.

A month or two later, when friends came to visit me in Panama, Sam emailed her property owners and asked if it would be OK for her to entertain us as guests at the resort for a night or two. I’d only said a brief hello to the owners, but they were kind enough to give us the go-ahead to stay at the resort, which was closed for business at the time.

Later, when Sue and Lloyd returned from their trip to the States I bumped into them at the local jungle restaurant, and made a point of saying a big “thank you” for allowing us to stay at their beautiful resort. Over the following months we kept bumping into each other and began to build a friendship.

A year or so later, Sue and Lloyd sold up and moved on, but we all stayed in touch via Facebook. When we saw that they had taken over the management of a beautiful spot in Fiji we expressed our envy.

We never expected to be invited to come and look after their dogs, Angus and Bella, as well as oversee the resort and staff during the off-season. So you can imagine our excitement when we realised that their dates fitted perfectly with our schedule in Australia and we quickly secured the dates by booking our flights.

As you build your network of contacts, and as more people become aware that you are often on the lookout for interesting assignments, you too may be surprised by a wonderful offer out of the blue.

We’d love to hear your story in the comments section below. Tell us about a connection that landed you an unexpected house or pet sitting assignment.